Sometimes I'm a bit jealous of all of these people who remember so many things from their childhood.

I barely remember anything.

And just today I had to think about one of these things again...

When I listened to a song on YouTube today I saw a song I didn't listen to for at least 10 years.

And when I saw it I immediately remembered when I first heard that song.

It was about twenty years ago.

I actually didn't know that it was twenty years ago.

I just remembered the artist's name and then I googled the event.

So apparently it was twenty years ago.

It was at an event in my hometown in Munich.

It was an event against racism and for freedom.

And apparently 400,000 people participated at that event.

The only thing I can remember is that there were a hell lot of people.

And that we were all either holding a lighter or a candle.

And that we were holding each other's hands.

Those are the only things I can remember.

I know it sounds corny.

Especially because that song was called “Freedom", which means "Freiheit" in German.

And I think the first time the artist ever sang that song was when the wall fell in Berlin...

And then it became the hymn of those 400,000 people that were uniting on the streets against racism and for freedom.

And when I heard that song today I had to think about the whole thing again...

About the fact that I can now hop on a plane and be in a totally different world (not just country) within just a few hours.

I can now go to places my grandparents could only have dreamed of.

Doing things that were totally unimaginable just a few decades ago.

I can eat delicious food from all over the world.

I can listen to music from all over the world.

Talk to people from pretty much every country in the world.

Learn from everybody I meet.

No matter where they're from.

No matter what color their skin is.

Or what they believe in.

I probably have double if not triple the free time my grandparents had.

And I feel deep gratitude to all the people that enabled me to live the life I'm now able to live.

The freedom that I now have.

The tens of thousands of thinkers who paved the way for me.

The people who challenged the status quo.

The ones who broke down existing barriers.

But also the millions of people who sacrificed their lives for the freedom many of us are now able to enjoy.

Let's not forget them.

Let's not forget the millions of people around the world who fought for freedom.

The millions of people who had to die so that we could live in freedom today.

So that I can live in freedom today.

Without these people most of us wouldn't be able to live the life we live today.

I wouldn't be able to live the life I live today.

I wouldn't be able to write this right here.

Let's never forget the people who fought for us.

People who gave their lives for freedom.

But also the people without names.

Let's take it for what it is.

Freedom is a privilege.

A privilege millions of people had to fight hard for.

A privilege millions of people had to die for.

A privilege we should be grateful for.

Let's not waste that privilege.

A privilege that not everybody in this world is able to enjoy today.

In this very moment.

Let's not forget that.

Lets not forget the people who are still not able to live their lives in freedom.

Let's not forget that. 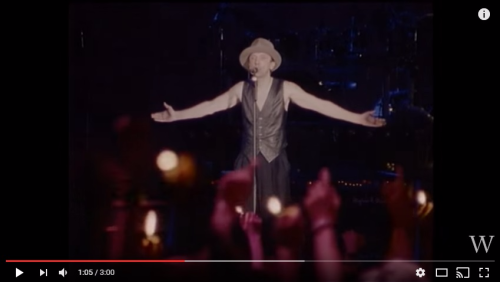