The art of doing your thing

What matters is that you stay true to yourself. That you do your thing. No matter what.

I saw him almost every single day when I had breakfast. I've never seen someone frying rice and noodles with so much focus. He never said a word. He never smiled. I didn't even know what language he spoke. He never laughed. Nothing.

He was just focused on doing his thing. He was focused on creating his art.

And the art he had chosen was to fry noodles and rice in a wok. Maybe he had to. Maybe it was his own choice. I don't know.

From the way he moved and did his thing you could tell that he had probably already been doing this for a few decades. And he did it with such an intensity that I was astonished every time I saw him.

He was in the zone. He lived what he did. Nothing could stop him.

Is he a happy man? Is he satisfied with his life? I don't know. Maybe he is. Maybe he isn't.

But that doesn't really matter. What matters is that you put all you got into creating your art. Whatever it is that you're doing.

I was always afraid of eating some of his stuff. Because in my mind he was already a hero. I didn't want to ruin that picture in my head. But today I finally did it. I ordered fried rice from him.

And you know what?

It wasn't even that great...

So what's the point of this story?

Sometimes there doesn't have to be a point.

Sometimes it's about doing your thing no matter how good or how bad you are.

Sometimes tens of thousands of hours of practice won't make you any better.

Sometimes it's not about being the best of the best out there.

Sometimes it's just about showing up. Over and over again. Maybe even for a few decades.

After all, he was there every single time I was there. And in the end I bought some of his stuff.

And whatever happens, he will still be around.

He will still be doing his thing.

He will still be creating his art. 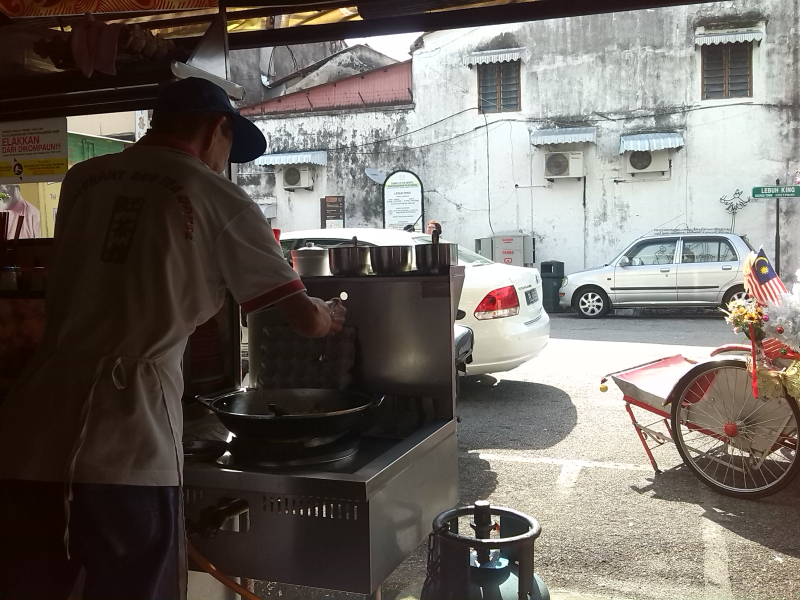